How is the International Money Transfer Market Evolving?

How is the International Money Transfer Market Evolving?

A long and varied history of international money transfers has shaped the industry's current state, which has evolved in tandem with technological advancements and the globalisation of the human population. Technology has improved to the point that it is now easier than ever to move money worldwide.

Are you curious about the origins of money transfer systems? Then, see how SafaraRemit can let individuals move money throughout the world by learning how money transfers have evolved.

The Evolving means of currency exchange through the Millenium

Coins and paper money exchange grew popular in various regions of the world before the Hawala systems. The Tang Dynasty in China is credited with creating paper money (618-907 A.D.). Before the first paper banknotes were made in Sweden in 1661 A.D., China used these little folded bills for many centuries before the rest of the globe adopted them.

There has been a lengthy history of coin and paper cash used in various towns, cities, and countries across the world. However, banks had to figure up a means to transmit money across distant locations in the 19th and 20th centuries as towns flourished.

The Hawala system came into existence after the Chinese paper money invention. There are several other names for hawala, including "havelah" or "hundi" in Persian, and "xawala" or "xawilaad" in the Somali language. Using Hawala, you may unofficially move products or money. Paying an intermediary or hawala dealer, who transmits the money to the recipient, is common in the Middle East. Hawala traders might use cash, property, or services to settle debts between parties. Rather than using cash, coins, or banknotes, the first forms of the transaction were generally bartering for commodities or services.

The year 1851 saw the beginning of the wire transfer corporation Western Union. In 1871, Western Union began as a telegraph service and evolved into a money transfer business based on telegraphs. Following their lead, the Federal Reserve Banks began transferring banknotes via telegraph in 1918.

When John Biggins launched the "Charg-It" card in 1946, he hinted at the beginnings of credit cards by allowing small enterprises to communicate with local consumers. Then, in 1950, the first actual credit card, the Diners Club card, was introduced.

As a result of this new "credit-based" system, money could be exchanged for products and services without the need to exchange real currency.

Recent modernisations in the banking sector have transformed the method of transferring funds. It is undeniable that it is beneficial to global economies. Technology and innovation in various African financial sectors have made it possible for consumers and businesses to benefit from more efficient, reliable currency transactions at lower costs.

Because of the consolidation and combined efforts of several money transfer companies, these services are becoming increasingly popular around the globe (MTOs). These MTOs act as intermediaries in the international movement of funds.

The International Monetary Fund (IMF) has classified these MTOs as firms that operate like financial corporations but are not banks and continue to participate in cross-border transfer via the internal system or cross-border banking networks.

As a result of healthy competition in the current economy, different remittance service providers are constantly revising and lowering transaction costs.

This culture of internet banking has now spread throughout the world's developing and developed nations. As a result, people may lessen the distance between themselves and their loved ones by transferring money online within minutes without waiting days for the money to arrive at the recipient's bank account.

Payments made using debit cards and credit cards are becoming more popular than ever before because of conveniences like mobile money transfers and app-based money transfers.

People in underdeveloped and developing countries rely on international remittances and mobile technology is revolutionising the way they send and receive them. People throughout the world are increasingly using digital channels, such as mobile phones, to communicate with one other. We are witnessing a resurgence of the mobile money revolution in overseas transactions, as well.

We are getting closer to achieving the UN Sustainable Development Goal (SDG), as well as other UN SDGs like poverty reduction, gender equality, and climate resilience, thanks to this digitization, which is lowering the cost of transmitting money around the world. It is estimated that mobile money transfers contribute to 14 percent of the SDGs.

Mobile money is particularly positioned to alter formal remittance systems and enhance financial inclusion because of its reach and rising use among underprivileged populations. International beneficiaries of remittances may now use mobile money to pay for products and services in their home countries, which builds up a payment history they can use to get credit or insurance on the road. Thus, mobile money has become a vital instrument for international remittances, while cutting remittance costs and maximising the development benefit of foreign remittances. 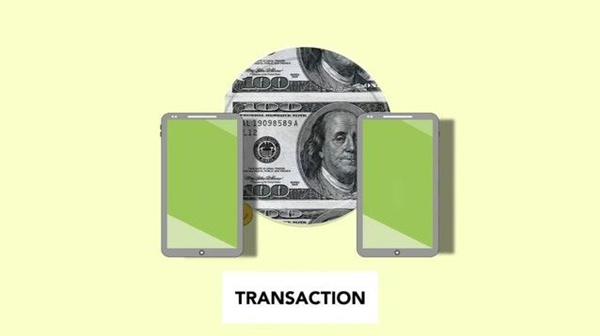 Sending money to loved ones who live in other countries is often considered a complicated matter. However, with the growth of technology, remittance has become easier, faster, and more secure.

The worldwide economy is constantly evolving owing to technological advancements and increased demands from the money transfer industry. Due to this development, real-time remittance payments to numerous African nations are also possible.